The bizarre crime of the oldest U.S. female inmate

November 21, 2020
Sixty-four-year-old Stephen “Bart” Flesche was to lead religious services for his neighbors at the senior public housing high-rise complex in Minneapolis. His neighbors included eighty-eight-year-old Lucille Mary Keppen. Lucille had set up afternoon donuts and coffee for the seniors’ vespers. “Good evening,” Bart greeted Lucille, then turned towards the others. As the group enjoyed the refreshments, a shot rang out. Bart realized then, “Oh, my God, I’ve been shot.” As he crumpled to the floor, a bullet lodged in his lung; he saw Lucille standing over him, pointing the gun. This is how Lucille Mary Keppen became the oldest incarcerated woman in a United States prison. 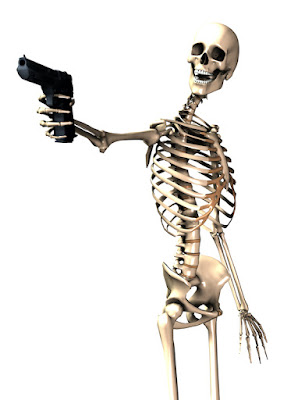 Bart and Lucille had been close for about four years. Lucille had recovered from a heart attack, with Bart holding her hand and taking care of her during recovery. In return, Lucille purchased a car for Bart and paid his bills. It seemed like a fair arrangement until Bart started receiving his social security checks. According to Bart, Lucille wanted to be more than friends, so he told Lucille it was over.
Lucille would later say she felt jilted. She had called Bart her “adopted son.” She felt Bart had taken advantage of her. Despite many in the senior housing complex feeling Bart was “a troublemaker,” other women gave Bart money, gifts. Now that she no longer gave him money, she thought he was ignoring her.
On that Sunday, September 15, 2002, Lucille decided to show Bart how it felt to hurt. After morning church, she went home, set up afternoon donuts and coffee, then went to her room and pulled a box down from her closet: her late husband’s gun collection. She slipped a loaded .38 into her handbag. Lucille would later tell a reporter, “I said to myself, ‘If he’s just halfway decent to me, just halfway decent, I’ll take (the gun) upstairs.’” Bart’s “Good evening” sounded “arrogant.” Lucille followed behind him to pull the trigger.
“Does it hurt?” Lucille demanded of the wounded Bart Flesche. “I really want it to hurt because you have hurt me so deeply, and I was so good to you. Do you realize every stitch of clothing that you have on your body - your glasses, your watch, the ring - I’ve even paid for your haircuts.” The horrified seniors watched the drama play out before Lucille seemed to realize what she had done and screamed for an ambulance.
Upon arriving at the emergency room, medical personnel rushed Bart into surgery. The hospital would keep him for six days.
Police arrived and Lucille was arrested without problems. Lucille would tell the police, “He looked at me like I was dirt.” She also said she shot him purposely in the lung because it would be “no big deal.”
"The courtroom drama was as fascinating as the day of the crime."
The courtroom drama was as fascinating as the day of the crime. Records revealed Lucille had a restraining order filed against her by a male resident named Thomas (not his real name) in the senior high rise where she previously resided. Bart said Lucille confided in Bart about Thomas. “She waited in her car in the parking [lot] with her gun on two separate occasions; however, Thomas didn’t come home either day, and she eventually gave up.”
According to Lucille, Bart, the self-described “missionary,” promised to “always” take care of her and “instructed her on what to do to get into heaven.” She said that Bart could be verbally abusive. When he started receiving his social security benefits and Lucille refused to sign her van over to Bart’s ministry “to God,” Bart began ignoring her. Soon, she was ostracized from his Bible study group. In turn, Bart Flesche told authorities that Lucille “was not interested in (my) ministry and in living Christian ways.” He began to avoid her.
Lucille Mary Keppen pleaded to first-degree assault and sentenced to seven years. Initially, the court assigned her to the Whittier Psychiatric Nursing Home; records reveal she “was verbally aggressive, intolerant of others, and given to verbal outbursts” and she took herself off antidepressants that had improved her mood. Forensic evaluations recommended “monitoring of mood symptoms (and) issues related to relational instability, anger, and aggressive fantasy” although “Keppen is not apt to pose a high risk for future violent offending.” She was deemed remorseful, but only if it was in her best interest.
Lucille was transferred to the Shakopee Correctional Facility in 2003 and began her sentence behind bars. While imprisoned, she required 24-hour attention due to her health. Lucille received her GED while incarcerated. She told a reporter that she lost everything – friends, home, money – but found the prison clean and comfortable. Still, she insisted Stephen “Bart” Flesche deserved to be behind bars while she should be free.
Lucille Mary Keppen was released in 2007 on what would have been her late husband’s 104th birthday. She died in Minneapolis, Minnesota, in 2012, a month before her 98th birthday. Born May 29, 1914, she had outlived her husband, both sons, and was remembered as a storyteller. In the annals of criminal justice, she is recognized as the oldest female prisoner in the U.S. and possibly the world.
Resources:
10 Oldest Prisoners in the World. Oldest.org. Retrieved November 20, 2020 from https://www.oldest.org/people/prisoners/
Legacy Obituary for Lucille Mary Keppen retrieved November 19, 2020 from https://www.legacy.com/obituaries/startribune/obituary.aspx?n=lucille-mary-keppen&pid=157349608&fhid=9267
Minnesota’s oldest prison inmate, 93, released. (October 26, 2007). Associated Press. Retrieved November 20, 2020 from https://www.postbulletin.com/minnesota-s-oldest-prison-inmate-released/article_e04894f4-1c7c-5a58-b0ad-12348140230d.html
Oldest and Youngest prisoners in U.S. History. (October 7, 2019). GlobalTel. Retrieved November 20, 2020 from https://blog.globaltel.com/oldest-and-youngest-prisoners-us-history/
Prison Life and Life After Prison. (2015) Sage Publications. Retrieved November 19, 2020 from https://www.sagepub.com/sites/default/files/upm-binaries/66075_Renninson_Chapter_12.pdf
State of Minnesota, Respondent, vs. Lucille Mary Keppen, Appellant. Minn. Stat. § 480 A. 08, subd. 3 (2002). Online: https://law.justia.com/cases/minnesota/court-of-appeals/2004/opa031180-0511.html Sullivan, L. (July 26, 2005).
NPR Radio, “All Things Considered.” Woman, 91, Is Oldest Female Inmate. Host R. Siegel & M. Norris.
Photo: ID 4580444 © Chrisharvey | Dreamstime.com