Librarian mom intentionally ran over, killed by teens – how does this happen?

It began as a teenage romance gone sour. It ended in a gruesome murder of a beloved city figure. How did it get so far?

Polk City, Florida, is a small city where people know one another. As Sheriff Grady Judd said in a news conference, “there is not much crime.” So, the murder of Polk City’s Suzette Marie Penton, 52, was a double 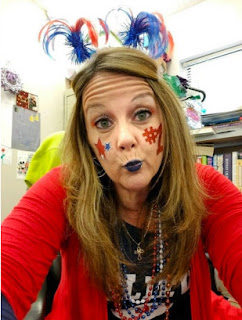 punch to the city of less than 2,000. One service the little town offers is the Polk City Community Library. And working here was a librarian and lifelong resident Suzette Penton.

Suzette was one of those teachers every kid wishes they had. She made reading and learning fun for visiting students by dressing up as characters in the selected book. Suzette donned a “Cat in the Hat” costume to read a Dr. Seuss book. “Every kid in town loved Suzette because she’s just that type of person. She was just an outgoing, wonderful person,” a friend says. To support the local school, Suzette wore the school colors and face paint of a star and “#1.” She would put color streaks in her blonde hair. Everyone who knew her agreed she was a fun-loving person and a wonderful mom to Hunter.

Hunter was dating Kimberly Stone, 15. They broke up. Kimberly Stone threatened a “hit” six months later. She assured Hunter that her new boyfriend, Elijah Stansell, 18, would “handle it.” Elijah had never met Hunter. He was about to.

On November 9, 2020, Elijah borrowed the church van from where his father was a pastor. Kimberly joined him along with Raven Sutton, a big, hulking boy of 16, and Hannah Eubank, 14. They set surveillance across the street from the Penton home. When Suzette departed the house, Elijah, Raven, and Hannah went to the door and knocked. Hunter answered; the three burst into the home. Elijah blitz attacked with punches as Hunter vainly tried to protect himself. Raven reportedly got a few licks in. And Hannah stood by calmly, recording it all on her cellphone, as the family dog walked around. Unbeknownst to the attackers, it was all caught on video, both inside the home and outdoor security cameras.

And then Suzette Penton arrived home.

Elijah, Raven, and Hannah ran back to the van. Kimberly jumped out, with Elijah speaking to her as she stands, appearing nervous. The teens mill about; video captures them getting back into the van. Then it happened.

Suzette, angry mother and protector, storms over with her cellphone camera. She is taking photos of the van, of the driver. There were eyewitnesses. There was video. And there was Elijah, starting the van, jerking it into gear, then stomping the gas pedal and mowing down 52-year-old librarian Suzette Penton. “(Elijah) intentionally ran into, and over, her before fleeing,” the affidavit reads. “Three eyewitnesses … gave consistent accounts …there was no intent to maneuver around the victim … the driver … was malicious in his actions.”

Suzette Marie Penton was in the trauma intensive care unit before she died on November 25 from a skull fracture, intensive brain bleeding, aspiring fluid in her lungs, and injuries to her leg. Her family surrounded her.

Elijah, Raven, Hannah, and Kimberly are in custody. When cops told Kimberly Stone that Suzette had died, she retorted with a hateful remark, no remorse.

Another story of teens who never thought of what their action would lead to, and how one idea led to another until it ended in tragedy. How does this happen?

Teens live for the here and now. The juvenile brain is guided more by emotion and reaction, located in a section of the brain called the amygdala. The amygdala develops earlier than the frontal cortex, the area that controls reasoning and logic. The gang’s focus was on committing the crime and its immediate reward: beat up the kid, teach him a lesson. There was no thought past this task. There are no consequences of criminal behavior in the teen mind, including schoolyard bullying to murder.

This group leader was a young female, and female crime appears to be reactive; “violence among female youth can be a response to a broken or threatened relationship … offending may correspond to male partners’ influence” (Bright). We don’t know anything about Kimberly Stone’s life. Why was the relationship with Hunter so important to her? Why was adult Elijah Stansell dating a child and willing to commit a crime while she hid in the van? We do know that females are more cognitive in their actions than males. Males will act out physically while females will scheme. Juvenile males are more likely to hit or kick while females are more likely to traumatize emotionally. The male body is genetically engineered to be stronger, faster, while the female has survived on wits and cunning since the dawn of time.

After the crime, the child carries a cocoon of false safety because they live in the “here and now” and because of their emotional immaturity. How often has a parent stood over a child, wielding a broken item, asking, “did you break it?” (knowing the answer), with the child vehemently denying? “I’ll get away with it because I can fool them.” When finally presented with evidence, there is almost a “pretend” stage of “it didn’t happen” including “it was all a dream” (denial to self) or “I don’t want it to be real (taking it back) or “It wasn’t my fault” (blaming others). Notice the parallel to the Kubler-Ross stages of grief.

Logically, it is easy to understand how it all happened. Emotionally, as Sheriff Judd said in a press release, “I can’t even fathom teenagers doing something so heinous.”

Bonvillian, C. (2020, December 4). Florida librarian run over by 4 teens in church van dies of her injuries; charge upgraded to murder.